A new monument has been unveiled on the Texas State Capitol Grounds: the Texas African American History Memorial. Created by sculptor Ed Dwight, the monument portrays the history and experience of the African-American community in our state. It is installed on the southwest lawn near Congress Avenue and 11th Street. 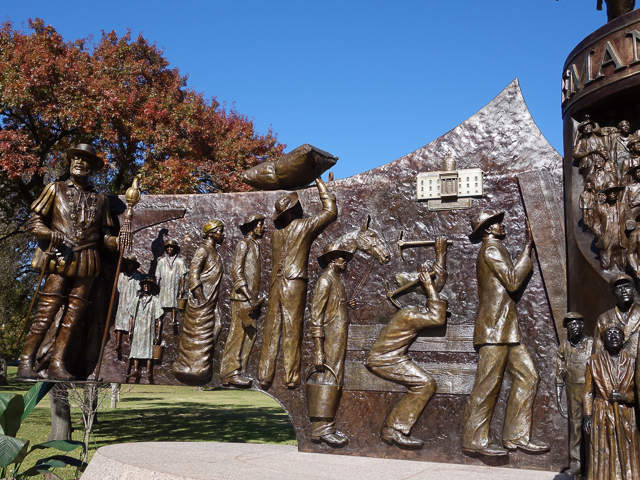 The story of African descendants in Texas is told chronologically on the front side. Estevanico, a slave from Morocco, is thought to be the first person from Africa to walk on Texas soil. He arrived with a Spanish group that was shipwrecked near Galveston in 1528. More Africans—mostly enslaved—arrived in Texas over the next 300 years. I was surprised to learn that slavery increased quite dramatically after the Texas became independent from Mexico. The slave population was about 5,000 in 1836, but rose to over 180,000 by 1860. 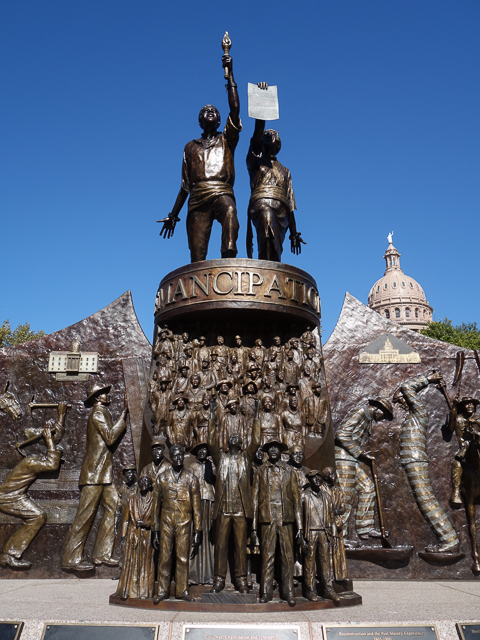 Emancipation is the focal point of the memorial. After the Civil War ended, federal troops arrived in Galveston to occupy the state on June 18, 1865. The next day, their commander issued General Order Number 3 to enforce Lincoln’s Emancipation Proclamation in Texas. June 19th (“Juneteenth“) is celebrated as a Texas state holiday. 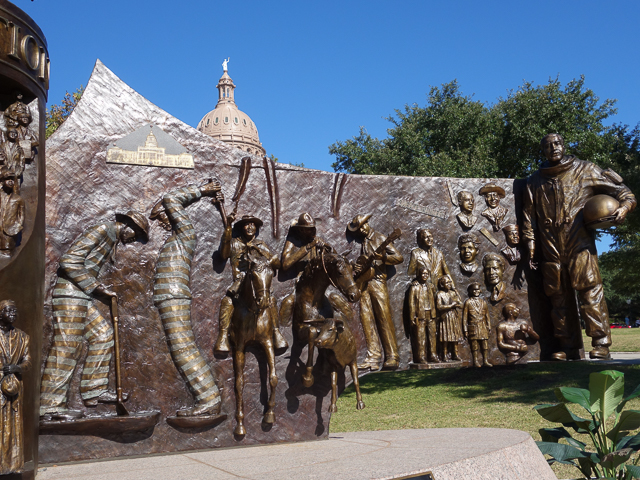 The front right side of the memorial traces African-American history through Reconstruction through the present day. Convict laborers, mostly African-American, were used to build the current Capitol building. Famous Texans of the 20th-century are featured, including Scott Joplin, Jack Johnson, Bessie Coleman, and Barbara Jordan. 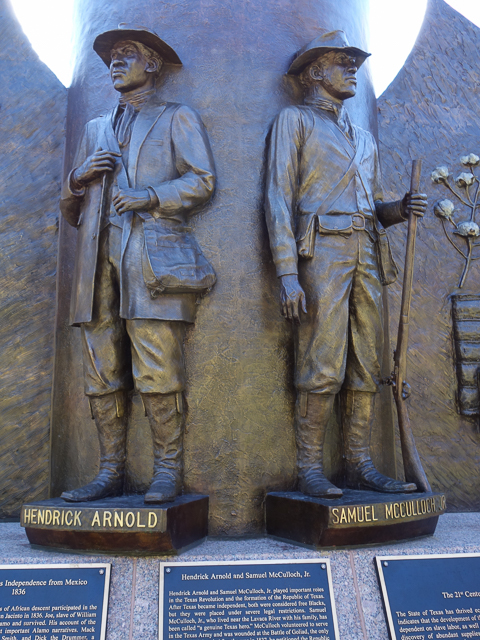 The back side of the memorial seemed less cohesive than the front. Two African-American heroes of the Texas Revolution, Hendrick Arnold and Samuel McCulloch, Jr., are honored with life-size statues. 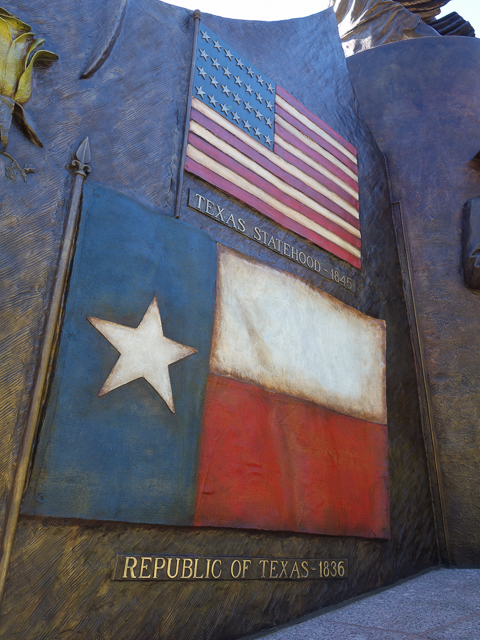 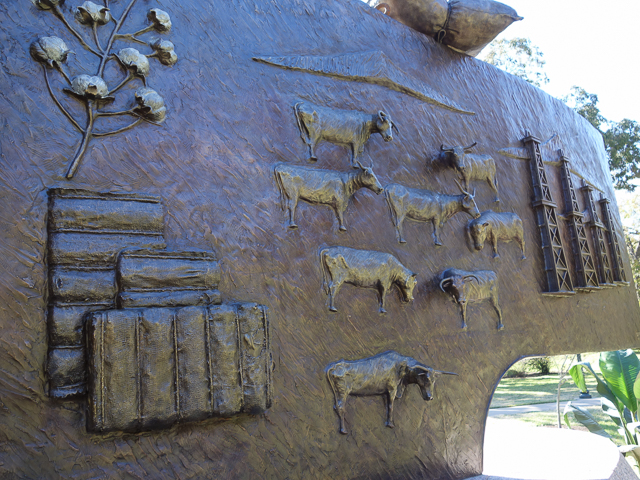 Cotton, cattle, and oil wells are depicted on the right back, along with the explanation that economic progress in Texas was “often at the expense of African-Americans who rarely reaped the benefits of such growth.”

© Austin Downtown Diary, 2016. Unauthorized use and/or duplication of this material without express and written permission from this blog’s author and/or owner is strictly prohibited. Excerpts and links may be used, provided that full and clear credit is given to Austin Downtown Diary with appropriate and specific direction to the original content.