Saturday was cold and dreary—not great weather for the annual Chuy’s Children Giving to Children Parade. Spectators still lined both sides of Congress Avenue, but the crowd was sparser than in recent years. Specially-marked “Toy Trucks” were scattered throughout the parade, and towards the end, the line-up stopped for children to put their donations into the vehicles. The gifts went to Operation Blue Santa for distribution to about 5,000 Austin families in December. 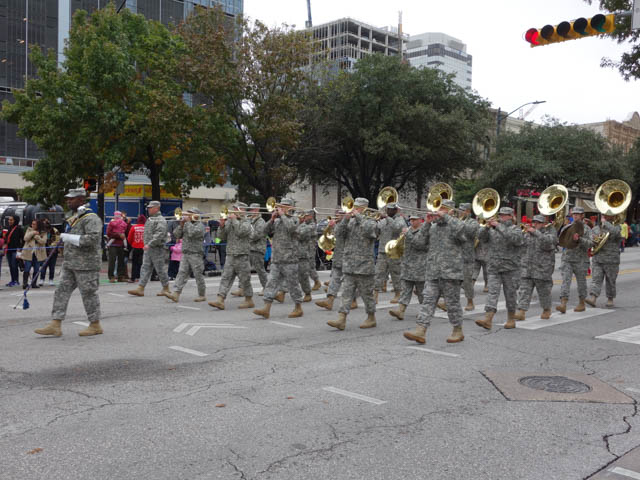 The 36th Infantry Division Band from nearby Camp Mabry marched. 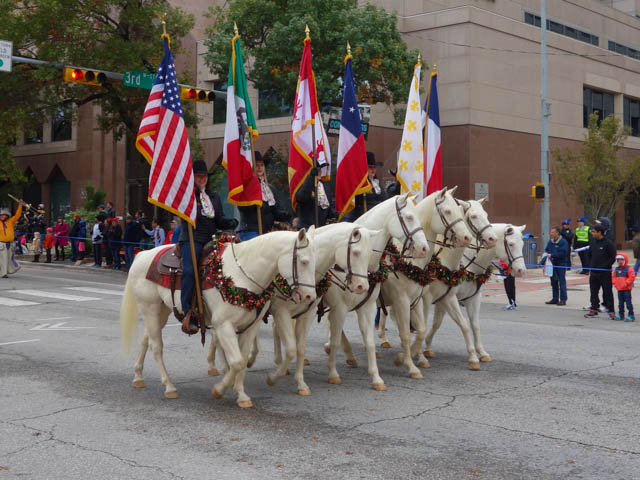 Six White Horses from Hardin-Simmons University carried the six flags that have flown over Texas. 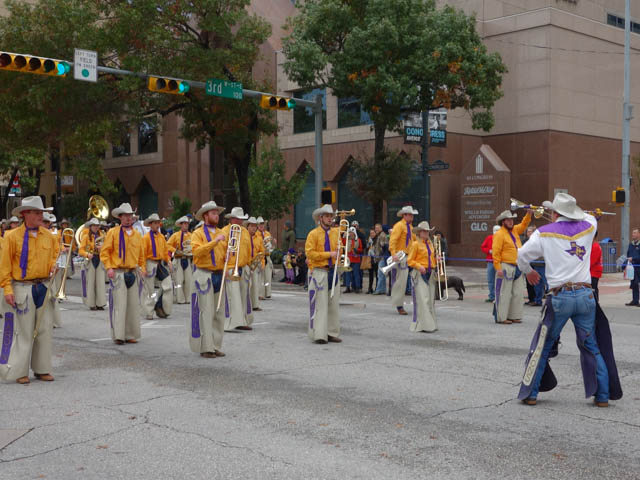 The horses were followed by the energetic Hardin-Simmons University Marching Cowboy Band. 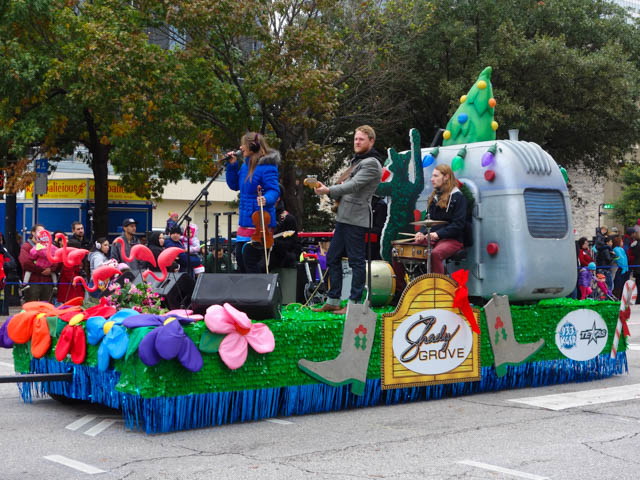 Musician Ruby Jane and her band added to the Austin vibe on the Shady Grove float.

The Rodeo Austin float reminded me that it’s only a few months until the next Cowboy Breakfast. 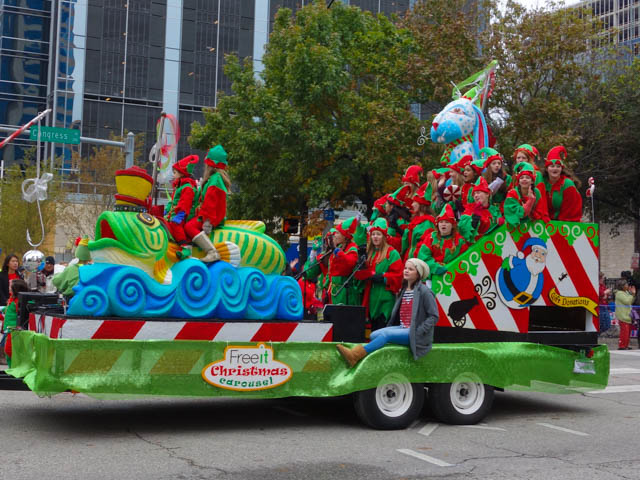 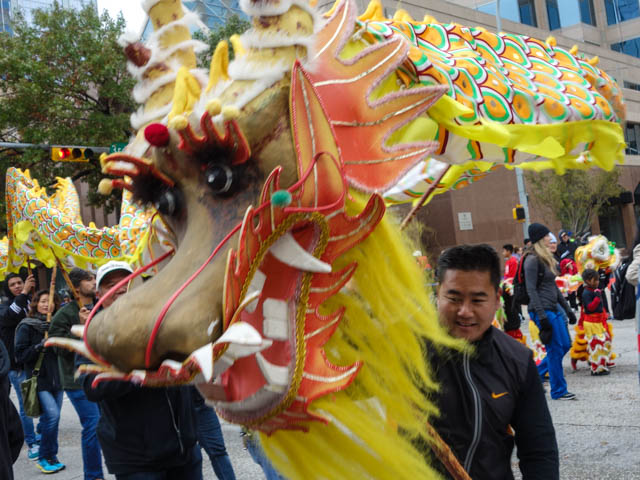 The big balloons are always the highlight of the parade. The Coca-Cola Polar Bear was one of four balloons this year.

© Austin Downtown Diary, 2015. Unauthorized use and/or duplication of this material without express and written permission from this blog’s author and/or owner is strictly prohibited. Excerpts and links may be used, provided that full and clear credit is given to Austin Downtown Diary with appropriate and specific direction to the original content.