Convergence Day—the last day of SXSW Interactive, the first day of SXSW Music, and a continuation of SXSW Film—was made every crazier by St. Patrick’s Day partiers. A VERY full day! 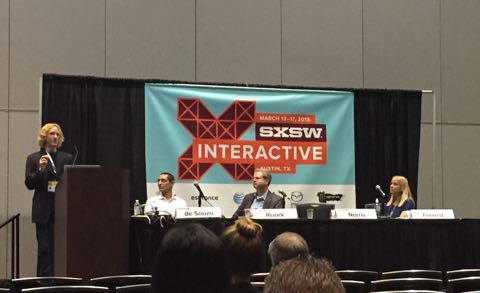 In the morning, I attended three short presentations on healthcare:

Healthcare Magic: A Marauder’s Map for Better Care
Marcus Ruark discussed the use of Real Time Location System (RTLS) technology in hospitals to determine locations of patients, medical equipment, and staff. Other applications are Infection Control Report by Patient, for tracing infectious diseases and compliance for hand hygiene.

The Newest Mega-Trend in Healthcare
Davis Norris spoke about the upcoming trend for performance transparency in healthcare, instead of the current focus on cost.

Welcome to your New Brain: Lessons from Concussion
Anne Forrest received a concussion in a car accident in Washington DC. She described her struggles with recovering over 2+ years afterwards. 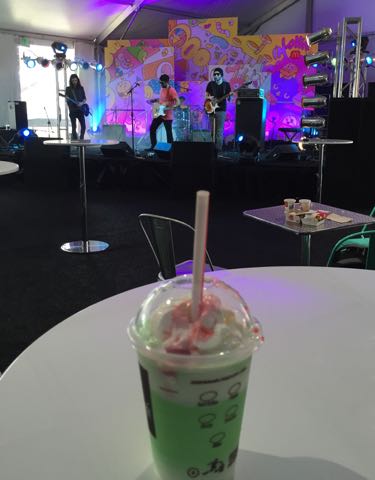 In honor of St. Patrick’s Day, I treated myself to a green milkshake at the McDonald’s Tent.

Swedish duo Good Harvest had lots of competition with the background noise of the Trade Show. I hope to see them again later this week. 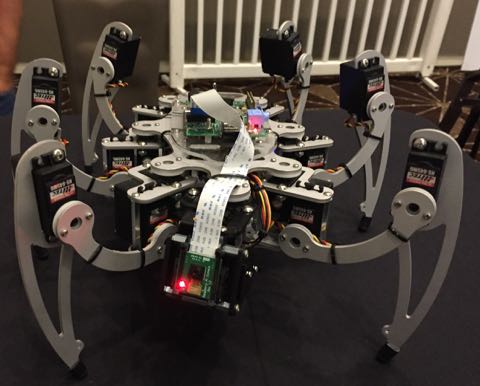 I visited the Robot Petting Zoo in the JW Marriott. Many of the displays were related to using robots for search-and-rescue. This hexapod, called DAR-1, was not really pet-able. 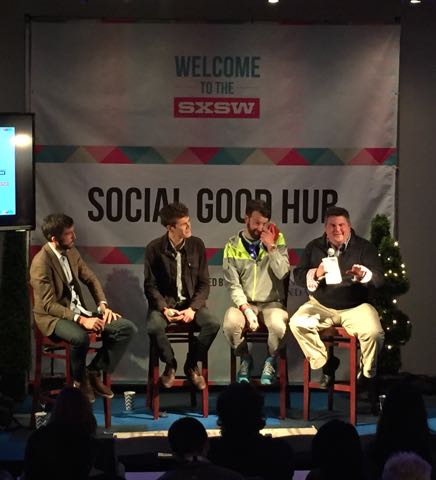 The Social Good Hub in Trinity Hall was sponsored by the United Nations. Representatives from several socially-organizations spoke about their work and suggest ways that members of the tech community could get involved. 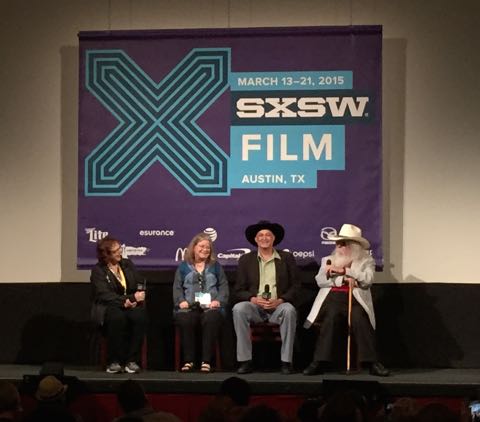 A Poem is a Naked Person
This documentary about a much-younger Leon Russell was filmed between 1972-74, but was never released. The reason for this was not made clear, but it was implied that the musician had blocked it. Now the son of the original director Les Blank has restored the film. Attending this premiere were Harrod Blank, Maureen Gosling (sound editor) and Leon himself. The film has aged well. Leon comes across as a talented musician/songwriter and there is interesting footage of various musicians who came to Leon’s Oklahoma recording studio, including Willie Nelson. 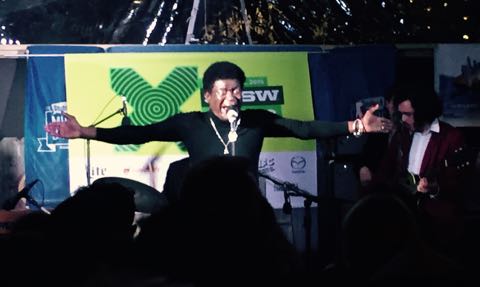 The Mowgli’s and Charles Bradley & His Extraordinaires
The small Clive Bar on Rainey Street hosted some big name bands in the evening. Bill and I had heard both groups before (at ACL Fest), but enjoyed seeing them again in such an intimate venue. Unfortunately we were too tired to stay for the headliner, Portugal. The Man, which didn’t start until after 12:30 AM.

© Austin Downtown Diary, 2015. Unauthorized use and/or duplication of this material without express and written permission from this blog’s author and/or owner is strictly prohibited. Excerpts and links may be used, provided that full and clear credit is given to Austin Downtown Diary with appropriate and specific direction to the original content.