After several gloomy, rainy days, today’s cool and clear weather was near-perfect for the over 18,000 runners who participated in the LIVESTRONG Austin Marathon and Half-Marathon. I read that Lance Armstrong ran in the Half-Marathon but did not see him go by. As in previous years, the race benefited local organizations who handled the water stops along the way: “26 miles for 26 charities.” 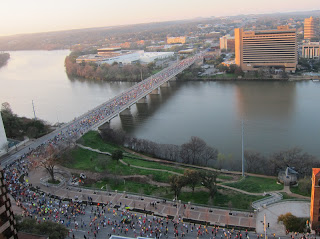 The race course started and ended near the Texas State Capitol. Siyabonga Nkonde was the first runner to pass by our apartment building around Mile 2. He later finished first in the Half-Marathon (1:04:58). Allison Mendez won the women’s Half-Marathon (1:18:14). 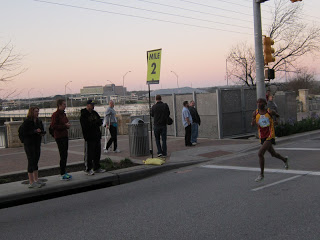 The men’s marathon winner was Edward Kiptum (2:22:50) and the women’s winner was Shannon Bixler (3:02:28). Bill and I walked up to the finish line about four and one-half hours into the race and watched the many runners who were still coming in. 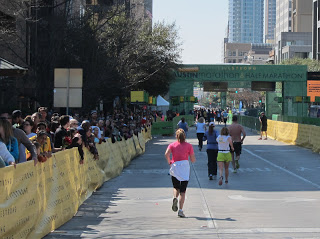 Local musicians played all along the race course. Bill and I stopped to listen to a few songs by Dale Watson and his band since we had heard them a few months ago at a South Austin honky tonk, The Broken Spoke. 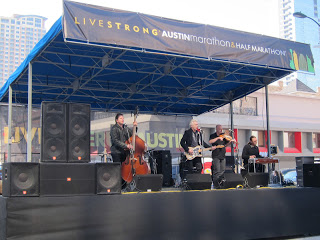 1 thought on “Austin Marathon and Half-Marathon: 2012”