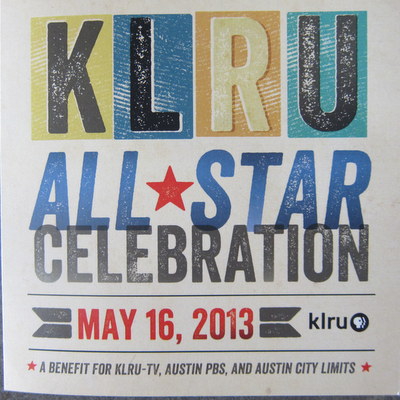 Sometimes you just know that a concert is going to be great…and Thursday’s KLRU All-Star Celebration did not disappoint! The evening at the ACL-Live-Moody Theatre honored musician/producer Lloyd Maines and was a fundraiser for local PBS station KLRU, which produces the long-running Austin City Limits TV show.

Austin mayor Lee Leffingwell came on stage after intermission to declare May 16, 2013 as “Lloyd Maines Day.” Of course, only two hours were left in the day at that point, but Lloyd seemed to appreciate the gesture anyhow. ACL producer Terry Lickona presented Lloyd with framed photos of his ACL performances and a piece of wood from the original ACL stage. He noted that Lloyd has appeared on Austin City Limits more than any other musician.

Courtyard Hounds (Martie Maguire and Emily Robison of The Dixie Chicks) performed a set which included a few songs from their upcoming album. The crowd went wild when Natalie Maines joined them onstage for several Dixie Chick songs, including Not Ready to Make Nice and Travelin’ Soldier (written by and sung with Bruce Robinson). All the evening’s performers (minus Carolyn Wonderland, who had left for an Unplugged at the Grove show) joined Lloyd Maines and Joe Ely on stage to rock out this All-Star Celebration. 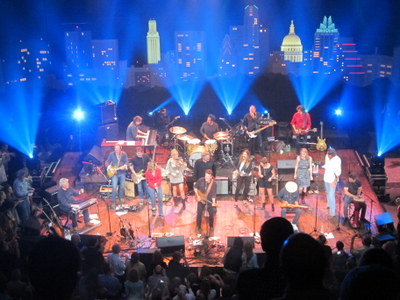